Efforts to build a national network of electric vehicle charging stations are falling behind the number of EVs on the road. In some states, registered EVs are far outpacing a sufficient number of charging stations. The challenge for individual states is that public funding for EV chargers essentially helps determine early winners and losers in a new market. The first decades of internal-combustion vehicles saw similar growing pains. Drivers initially bought containers of fuel from pharmacies and hardware stores before gasoline stations and convenience stores emerged as the primary way to refuel.

As the Biden administration prepares to give states $7.5 billion for new charging stations, a similar recent effort suggests a difficult path is ahead. States received $424 million that could be used for charging stations as part of a $2.8 billion settlement by Volkswagen AG to resolve allegations that it cheated on diesel emissions tests. So far, more than four years later, they have spent about 48% of those charging dollars.

Six states including Illinois and Connecticut that say they plan to use VW settlement money on chargers have yet to disburse any funds. Four states say they plan to use the money for other projects such as lower-emissions bus fleets, according to data from Atlas Public Policy, a Washington, D.C., research firm that tracks the electric-vehicle industry. Thirty states have distributed most of their available charging money, including Hawaii, New Mexico, South Dakota and New York.

Texas gave out $21 million of the VW money for chargers on a first-come, first-served basis last November. The money was all gone within one minute, records show. Out of 251 applications, two companies won 85% of the funds: Oil giant Shell PLC and Buc-ee’s Ltd., a rest-stop chain known for its massive bathrooms and bucktoothed beaver mascot.

“We were shocked. And we were, in hindsight, a little slow,” said Kevin Smartt, the chief executive of Austin-based TXB convenience stores, which had hoped to add fast chargers to 12 to 15 existing sites but didn’t email quickly enough to receive any of the money.

New chargers are needed across the U.S. to meet expected demand as major auto makers from General Motors Co. to Ford Motor Co. speed up their plans to go electric following the success of EV pioneer Tesla Inc. President Biden has signed an executive order calling for half of all cars to be electric or alternative-fuel vehicles by the end of the decade.

U.S. sales of EV and plug-in hybrids doubled to more than 600,000 last year, and sales figures show that EVs have reached 6.6% of total cars sold in recent weeks as gasoline prices rise to their highest levels in years, according to Atlas Public Policy.

But outside of California, the network of chargers needed to service millions of EVs doesn’t exist yet. Environmentalists and auto analysts alike call it a “chicken or the egg” problem and a hurdle to getting more Americans into EVs. 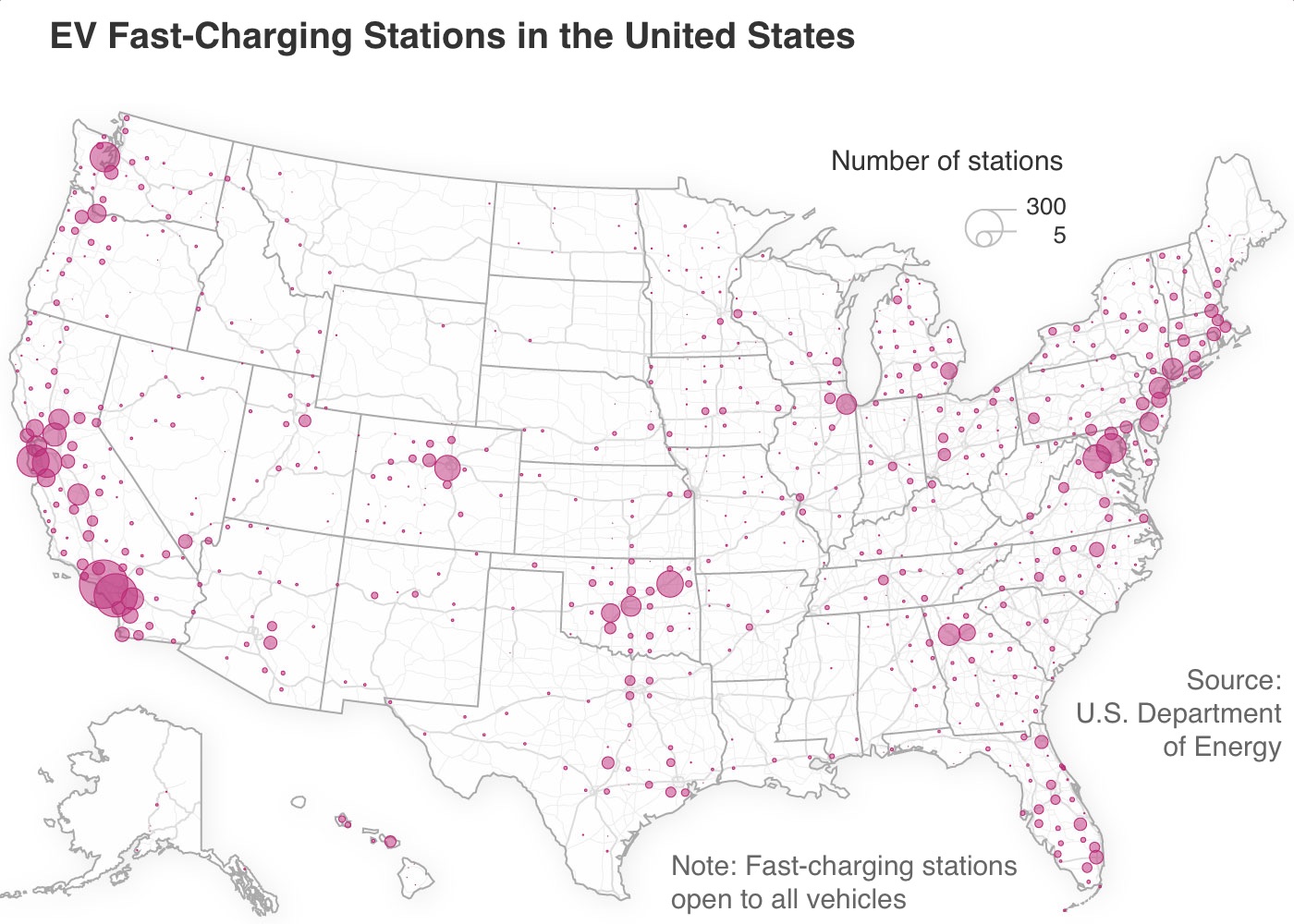